As I mentioned before, if you prefer a glass panel, MSI has included one in the box. This gives you a full view of the internals through the tinted, tempered glass. It attaches with four weighty thumb screws each screwed into a standoff on the side of the case. This slightly offsets the panel to provide the necessary airflow without any other ventilation holes.

Since it is offset, I found it can easily snag on things when being transported. I would recommend taking it off when moving the case since it is only attached with four small screws. From the front, we can clearly see this offset in the side panel.

Also visible is the RGB illumination strip on the front of the case. It consists of several elements that evoke a circuit board pattern and can each be set to a different color. Next to this is a large illuminated power button.

I found it extremely flimsy and of very poor build quality. Every time you turn on the computer, you will be reminded of how cheap it feels.

Above all of this is a slim CD drive surprisingly. Finally, there is a glossy MSI logo on the bottom right corner as well. At the rear of the case we find a very sturdy carrying handle. It felt very solid and I had no fears when carrying the case by it. Some additional USB ports and a second ethernet jack would have been nice, but this configuration should be fine for nearly everyone. Both the front and rear side panels are attached with tiny screws and slide into place with metal fins. These screws are easy to get lost so thankfully MSI has included some extras in the accessory kit that comes with the computer. These screws and Dell Alienware Aurora MSI USB 3.0 sliding fins make the case feel outdated and cheap.

I would have prefered a hinge and thumbscrews like the glass side panel uses instead here.

The money saved by removing the CD drive could easily have allowed for this since it Dell Alienware Aurora MSI USB 3.0 only cost a few dollars for MSI to implement. Inside most of the case is painted black except for an unfinished ring around the edge. This seems like a corner that was cut unnecessarily since painting it to match the rest of the case would not take much extra work. 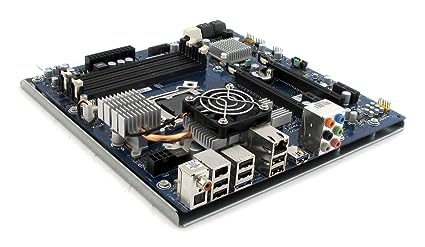 Besides this, the main thing that pops out are the three separate zones inside the case. At the bottom is a power supply compartment, then the graphics card, and finally the motherboard and CPU at the top. These three compartmentalized areas are designed to improve cooling. If the GPU is under load, it will not heat up the rest of the components. Taking a closer look at the top, we find a few more corners that were cut.

The RAM has no visible branding and does not have heat spreaders. Cable management in this Dell Alienware Aurora MSI USB 3.0 is also difficult. Granted, this might not be a big deal for the consumer looking to buy a pre-built instead of building a PC themselves. The last critique I had in this area was the CPU cooler.

It only has a single 92mm radiator and fan to cool an overclocked iK. If I was designing the system, I would have put in a 2xmm radiator at least. After a 20 minute sustained load test, CPU temperatures were around 70 degrees with GPU temps hovering around 60 degrees. These are pretty good although on a hot day, the CPU get a bit toasty and not boost up to the full speed. Each chip may perform differently, but mine boosted to 4. These numbers are pretty good for a 6-core CPU and should have no problem chewing through workloads. Moving around to the rear of the case, we see the limited space for cable management. Surprisingly there are no cutouts for the motherboard, CPU, or other power cables.

They all must be run from Dell Alienware Aurora MSI USB 3.0 front. Considering there is a mount for a 3. Every PC needs peripherals and the Infinite X comes packaged with some rather nice ones in the box. The same goes for a mouse.